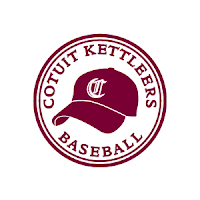 The Cotuit Kettleers claimed the spot of best team in the Cape Cod League during the regular season, going 30-14 in an effort to win their second championship in the past two years. However, that wasn’t to be; the team lost to the Bourne Braves in a best of three season, making them the second top seed unseated and the fourth overall elimination from the playoffs. They were the only first-round exit that wasn’t swept out, too. Who were the stars on what was arguably the best team on the Cape this year?

Leading the offensive attack for the team was Vanderbilt sophomore Tony Kemp (#14). Kemp split time between left field and second base for the Kettleers, and led the team in OPS thanks to a .343/.489/.583 (it is interesting to note that he’s 5’ 6”, which calls to mind Jose Altuve, and he seems to know how to use his strike zone as an advantage). He actually walked more this season than he struck out (25 walks to 18 Ks), and flashed some great speed as well. He went 18 for 23 in stolen base attempts, hit seven doubles, and five triples (which actually ranks tied for seventh in the CCBL dating back to 1990). Also, Cotuit was a slight pitchers’ park this year, making his unadjusted 193 OPS+* even more impressive. If he can stick at second base on top of that, his future looks very, very promising.

*As with the past installments, this doesn’t account for park. However, Cotuit has played as a neutral-to-pitcher park in the past.

After Kemp, the Kettleers’ best hitter was Daniel Aldrich (#32), sophomore from the College of Charleston. The right fielder hit ten homers, fifth in the league, as well as six more doubles. His walks were a little low, but it didn’t stop him from posting a .350/.382/.658 batting line (batting average/on-base percentage/slugging percentage). It’s good for a 181 OPS+. Again, I would liked to have seen some more patience, but the power is definitely good.

Patrick Biondi (#15) led the league in batting average, falling just short of .400 at .388. That also placed him second among seasons since 1990. Biondi is a University of Michigan junior, which limits his projectability a little. He wasn’t as much of a power hitter as Aldrich, either, with a .448 slugging. However, he apparently had a good eye, getting on at a .478 clip. Think about that-he almost got on base in half of his plate appearances. That’s about a 163 OPS+. Even if he can’t consistently hit .390 (which I really doubt), his keen eye will help him hold value. Biondi was the team’s center fielder.

Local son Cael Brockmeyer (#18, from Martha’s Vineyard) also showed some promise. The Cal State Bakersfield sophomore hit five home runs and five doubles in only 29 games. His primary position was catcher, although he played some first base and designated hitter too. In any case, a .278/.321/.532 slash line put him fourth on the team in OPS, and equates to over 30% above league average. Overall, not bad for a catcher. Like with Aldrich, he needs to improve his selectivity a bit (only two walks). However, he has the power to impress, at least. And, like I said with Aaron Judge, I’m no scout, but he appears to have a particularly athletic build, which should help him hit for power.

On top of the line-up, the team had a stock of interesting pitchers. Vanderbilt sophomore and left-hander Kevin Ziomek (#35) only got five starts in before leaving. However, they were very strong starts that left him with a 1.27 ERA, a .990 WHIP, and a .212/.278/.314 opponent line. The respective plus stats of those three are 334, 140, and 62 (opponent OPS+). On top of that, he demonstrated great control, K’ing 36 while walking only six and allowing two home runs in 28.1 innings. That’s good for a 2.11 FIP (fielding independent hitting), too, so his low ERA wasn’t totally unexpected. Although it wasn’t a full year, it wasn’t at all bad by any means; expect him to go high in next year’s draft if he can avoid injury.

Texas State righty Kyle Finnegan (#37) had his dominant moments. The sophomore struck out 44 in 35.2 innings. There were several reasons to be concerned, though: he allowed five homers, walked 18 batters, hit another five, and allowed 31 hits. That led to a 1.370 WHIP and a 6.56 ERA. He wasn’t as bad as his ERA, but he needs to work on striking out batters while maintaining more control.

Also in this high strikeout-and-walk mold were starters Brandon Bixler (#29) and Adam McCreery (#50). Bixler, a left handed sophomore from Florida Gulf Coast University, had a 36/19 K/BB ratio in 20.1 innings. On the plus size, he limited home runs (one allowed all year). It still ended in a 3.98 ERA, barely above league-average. Arizona State freshman and lefty McCreery has similar, more extreme issues. He had a 37/12 K/BB ratio, although he also hit an incredible eight batters.This helped give him a 5.46 ERA in 29.2 innings.

Ryan Connolly (#34) was highly unusual. The junior out of Coastal Carolina threw sidearm-to-submarine style, led the league in wins (eight), and finished one-third of an inning behind league leader Sean Manaea at 51.1. I would have considered him for a reliever of the year award, just based on his heavy usage that rivaled a starter’s workload. On top of that, he was second in the league in strikeouts with 56, and he only walked 15 batters (and hit 4 more). And even though he allowed five homers, I would imagine that it’s more than justified by his high inning total. He did have a 2.28 ERA, after all. He also had a 1.030 WHIP, a .203/.270/.335 opponent batting line (65 OPS+), and a 3.06 FIP. He also had an ERA 86% better than average and a WHIP 34% better than average. All very good for a super-long reliever/borderline starter.

Lastly, there was actual reliever of the year Dan Slania (#51). The sophomore and Notre Dame righty led the league with ten saves, and carried a 39/4 K/BB rate and a 1.52 ERA through the season across 29.2 innings. He also held opponents to a .740 WHIP and a .171/.200/.217 batting line with only one home run. All of those numbers seem dominant for what looks to be a future closer.

And with that, we have covered every team that was eliminated in the first round. However, due to two more sweeps in round two, the final round started Wednesday night. Expect Orleans and Bourne to get their write-ups soon, now that they’re also done for the year.
Posted by Theo at 1:41 AM