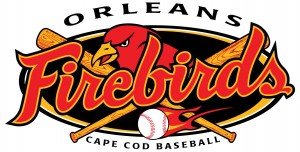 There was some interesting symmetry to the Cape League playoffs this season. The first round saw the end of the line for both divisions’ number one and number three seeds. In the Eastern Division, Orleans played the part of surprising fourth-seed upset, as they not only knocked off top team Harwich, but swept them in two games. In the regular season, Orleans jumped out to an early lead, but fell back in a tough division. They were one of four teams to finish at a .500 record or better in the East alone, going 22-22 (Chatham, who went 21-21-2, won the tie breaker by going 4-2 against Orleans during their regular season series, giving them third place). After sweeping Harwich, they were themselves swept by Yarmouth-Dennis in the second round.

First baseman Conrad Gregor (#26) from Vanderbilt was far and away the team’s best hitter. The sophomore hit eight home runs, and walked almost as much as he struck out (38 to 40). On top of that, he hit .329/.466/.550 (average/OBP/slugging), which is a 178 OPS+ without adjusting for his home park. On top of that, Orleans is one of the worst parks for hitters in the league; it suppresses offense by about 5%, meaning he was probably closer to 90% better than league average. Even in his pitcher park home, he finished fifth in the league overall in OPS among qualified hitters. His results seem to indicate he’s one of the more polished players in the league-look for him to go high in the draft next year.

Sophomore catcher Jake Hernandez (#23) from USC (the California one) was second on the team in OPS. In 28 games, he hit .260/.363/.460 with five homers and doubles each. It looks like a bit of a fall off from Gregor (Gregor was worth 38.14 runs created, to Hernandez’s 16.14), but 1) Gregor is special, and 2) Hernandez is a catcher. He was hitting 24% above league average even before accounting for home park, so it was probably closer to 30-35% better. Coming from a catcher, that’s All-Star quality (that applies to both Hernandez and Gregor, actually; both were in the CCBL All-Star Game).

Michael Montville (#20) is an interesting player to point out, if nothing else. He’s a corner outfielder from the University of Maryland who wasn’t even a full time player. However, he was definitely a three true outcomes guy-68% of his plate appearances ended in a home run, a walk/HBP, or a strikeout. That’s how, despite having the lowest batting average on the team (.165), he finished third in OPS. His seven homers and sixteen walks gave him a .308 OBP and a .447 slugging percentage, which, again, ignores that he played half of his home games in a park that lowered his numbers. He’ll be interesting to watch, at least.

Finally for the Firebird hitters, University of Arkansas corner infielder Dominic Ficociello (#27) was highlighted by ESPN’s Keith Law as a name to watch in the 2013 draft. His CCBL performance wasn’t great, but I am fine deferring to Law’s judgement here. It doesn’t hurt to bring him up.

Now then, time for the pitchers. The Firebirds were a very junior-heavy team, which may limit the projectability for some of them. They weren’t at all bad, though. Junior Jimmy Reed (#9) is one such interesting case. The Maryland lefty posted a 3.32 ERA with a 43/11 K/BB ratio as a junior. His six home runs allowed are a little troubling, as is his relative age. Even accounting for those, though, it was a solid performance.

Jarrett Arakawa (#17) is an interesting case. The lefty was arguably the staff ace. However, he doesn’t have the dominant strikeout stuff that I usually look for. However, he did have the control-in 34.2 innings, the University of Hawaii sophomore managed a 28/2 K/BB ratio. That helped him to a 1.82 ERA (good for a 233 ERA+, which looks good even taking some off for favorable park factors), a .690 WHIP, and a 2.78 FIP. That also helped him hold batters to a .175/.207/.271 line. Maybe he doesn’t strike out as many batters as you would like, but with that control, it may not matter much.

Oregon State southpaw Matt Boyd (#34) started the year in the bullpen, but finished in the rotation. Another junior, he made the All-Star team with a solid 39/7 K/BB rate in 27 innings. He also had a 1.110 WHIP and a .232/.284/.307 opponent batting slash. His 4.33 ERA seems lackluster, but it was probably partially due to bad luck, as he held a 1.84 FIP. Again, even accounting for Boyd being a junior, that’s a pretty strong performance.

That seems like a good way to transition to the bullpen, which was one of Orleans’ strengths. In addition to Boyd for most of the year, they had several other interesting names. To start with, there was Florida righty Karsten Whitson (#30) and Rice righty Austin Kubitza (#15), both of whom were named on Law’s 2013 Draft preview. Like Ficociello, they may not have been the most standout players on the team, but again, I am more than fine defaulting to Keith Law’s judgement

And to finish it off, there was left-handed closer Kyle Crockett (#3).The University of Virginia sophomore tied for second in the league in saves with six. His other numbers backed up his performance, with a .880 WHIP, a 0.75 ERA, a .207/.250/.218 opponent batting line, and a 28/3 K/BB ratio. Just to offer some quick reference, that a WHIP 57% better than league average, an ERA+ of 565, an opponent OPS+ of 29, and a FIP of 1.14. That is overall dominance, whether he plays in a pitchers’ park or not. It’ll be interesting to see if he stays as a closer or moves into a starter role for the draft.

With that, we have three more teams to cover. The deciding game of the finals will be tomorrow. The end is (sadly) drawing closer.
Posted by Theo at 1:40 AM