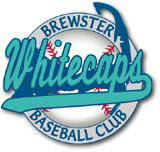 The Cape League Season is starting to wrap up; playoffs start on Thursday, with eight teams proceeding into a three best-of-three round tournament to determine the champion. To finish off the season, I thought it would be good to take a final look around the league and the stand-out players. I’ve been covering stars throughout the summer, but there’s only so much I can do looking at players one by one. So, I figured the best thing would be to go over each roster and the players on each team that made a name for themselves in 2012.

I’m going to try and cover each team as they drop from contention. The end of the regular season spells the end of the line for two teams: the Brewster Whitecaps and the Hyannis Harbor Hawks. I’ll be starting with the Whitecaps, the first team that was eliminated.

That’s not really a huge indictment of the Whitecaps-they had a last minute change of managers, and they played in an Eastern Division that was much tougher than the West. Four teams in the division finished at .500 or better, and the Whitecaps’ 17-25-1 record was good for 35 points*, which would have gotten them into the playoffs in the West.*

There were plenty of standout players on the team, too. Leading the offense was University of Oregon corner infielder Ryon Healy (#40)*. In 31 games, the All-Star led the team with a .313 batting average while playing 14 games at third base and 16 at first base. His OBP was a little lower than you would like (.347). He did put up great power numbers, though: eight doubles, two triples, four homers, and a .527 slugging percentage. He led the team with a .870 OPS. Furthermore, Brewster’s stadium played like an extreme pitchers’ park this season (.886, with 1 being a neutral park). This is more extreme than the past few years, so it may be partly chance. However, It has consistently played as at least a slight pitchers’ park (.925 over the past two years, .972 over the past three), so we should credit the line-up for that. In any case, it means that his 138 OPS+ should be even higher. Healy is a sophomore, so he should be draft-eligible next season.

*I’ve been itching to do another Retired Numbers piece. But first things first; I’ll temporarily appease my subconscious by listing players’ numbers during the league.

Another name to look for in next season’s draft is Fresno State sophomore Aaron Judge (#37). Keith Law mentioned the center fielder in his first names to know column for next year’s draft. He showed up a little late, but still tied for the team lead with five home runs. He held his own, too, with a .270/.365/.450 line and six steals in eight attempts over 32 games. I also have to say, I don’t know a ton about scouting a player, but I would imagine Judge qualifies as well-built. He has a ton of power. I was lucky enough to see his debut appearance the day after he got to the Cape. He also hit his first home run that game; one person in the booth familiar with the stadium estimated it went 500 feet. For reference, this is Stony Brook Field, the Whitecaps’ home; Judge’s blast cleared the trees in left field. Judge also apparently edged out Tyler Horan for first place in the College Home Run Derby, so yeah; he’s a pretty strong guy.

For 2014, you have Trevor Mitsui (#20) to look forward to. The University of Washington first baseman and designated hitter matched Judge in home runs (albeit, in 41 extra at bats) and led the team in RBI with 26. Mitsui delivered a solid .295/.361/.482 line. That’s a solid 130 OPS+ (and, again, that doesn’t account for the fact that Brewster is a pitchers’ park) as with at least another year to mature as a hitter. He could be interesting to watch, especially if he returns next summer.

As for pitchers, Brewster had one of the better trios of power pitchers at the top of their rotation. The staff ace was University of Minnesota left hander Tom Windle (#39). The sophomore was another one of Law’s names to look for on his list, and backed up the praise, falling five strikeouts short of the team pitching triple crown. Across seven starts, he managed 38.1 innings and a 2.35 ERA, with a very strong 47/7 K/BB ratio. Furthermore, he had a .940 WHIP, and held opponents to a .203/.244/.299 line. Even accounting for park, holding batters to half of the league average line (49 OPS+) is pretty impressive. Windle was also an All-Star.

Another Washington Husky, sophomore righty Austin Voth (#31), is all that kept Windle from the strikeout lead. Voth struck out 52 batters in 35.2 innings. While impressive, it’s a little mired by a lack of control-that came with 20 walks, leading to a 1.320 WHIP and a 4.29 ERA. Still, he definitely appears to have powerful stuff.

Lastly, University of Memphis sophomore and southpaw Sam Moll (#33) rounded out the trio. He was Voth’s opposite, with a stellar 43/2 K/BB ratio in 32.2 innings. That extra control led to a 1.190 WHIP and a 2.76 ERA. He wasn’t as dominant as Windle, but he was a more than solid #2 starter.

Check back tomorrow, when I look back at the Hyannis Harbor Hawks’ season.
Posted by Theo at 12:17 AM