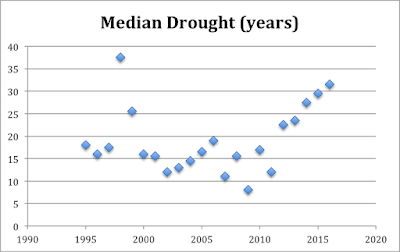 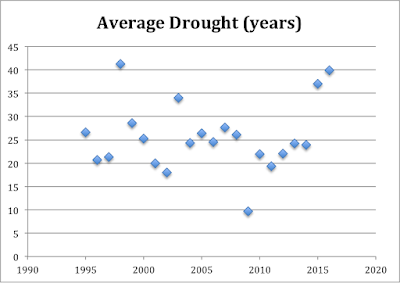 Assuming each series has 50/50 odds (which isn’t too far off, to be honest), the AL has a roughly 37.5% chance of being represented by an expansion club (the Blue Jays in the Wild Card game and the Rangers set to face of against the Wild Card game winner). Meanwhile, the NL has similar odds (with the Nationals in the NLDS and the Mets in the Wild Card game), although their set-up is different, meaning that we might either end up with an all-expansion NLCS or no expansion teams moving on.  Put together, that’s a 14.1% chance of our second all-expansion team World Series, or just under 1-in-6. That doesn’t sound great, but it’s not much worse than what we had last year, so it could happen.
Posted by Theo at 1:46 AM